In honor of 4/20 National Weed Day, Snapchat decided to create a Bob Marley filter for the day. Now many people are accusing them of digital blackface.

The filter allowed users to closely resemble Bob Marley.  From the crochet cap, to the dreadlocks, and even his skin complexion.

And once users got a hold to what was going on, Twitter became a ranting ground. Here’s what some had to say. 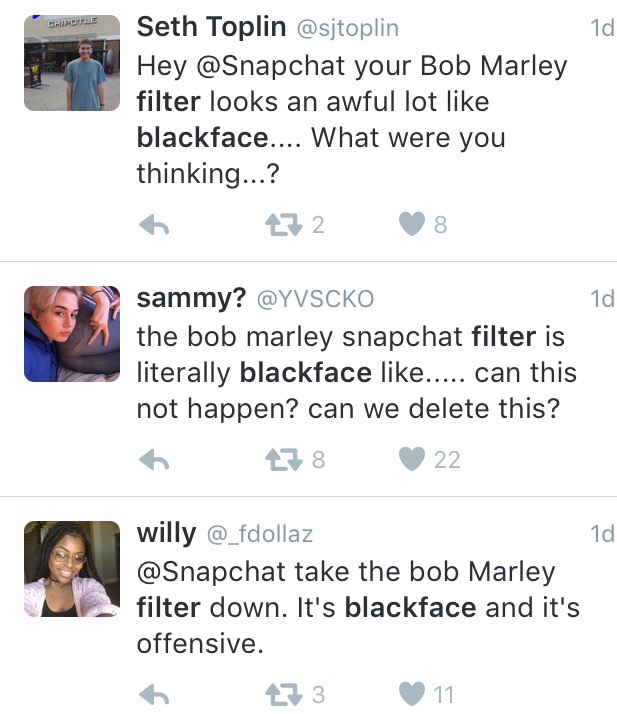 In response to the criticism Snapchat released a statement:

“The lens we launched today was created in partnership with the Bob Marley Estate, and gives people a new way to share their appreciation for Bob Marley and his music. Millions of Snapchatters have enjoyed Bob Marley’s music, and we respect his life and achievements.

What did you think of the filter? Do you think they could have went with another lens to celebrate 4/20 altogether?

I'm a fashion enthusiast obsessed with cool textiles, vintage clothing, and pretty much anything creative that sparks my interest. View all posts by Kamea Morgan